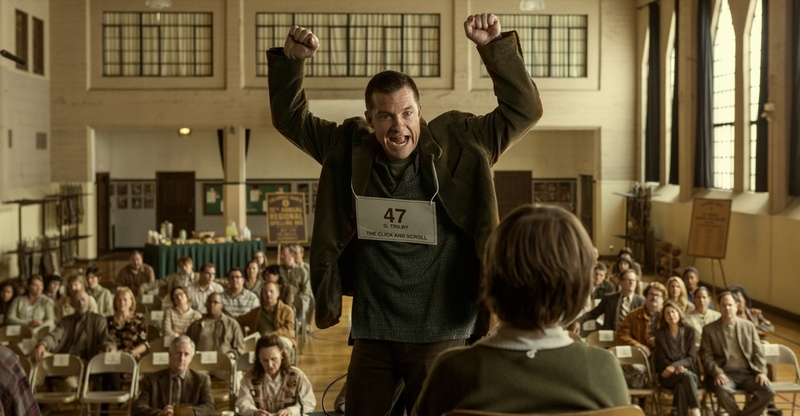 Ever since his cultural reemergence as Michael Bluth, the comparatively sane middle sibling in Arrested Development‘s otherwise delusional, batshit-crazy Bluth clan, Jason Bateman has been cast in a number of roles that are rather similar to Michael—the put-upon straight man fighting for control and stability in a sea of insanity. Whether as a family man whose identity is stolen by Melissa McCarthy in Identity Thief, the owner of an extract plant facing extreme disrespect both at work and home in Mike Judge’s Extract, or a desperate employee driven to plot the murder of his appalling manager in Horrible Bosses, Bateman effortlessly exudes accessible likability. Simply put, it is easy to root for him. Except for when it isn’t.

It’s deceptively simple to forget that there are really two Jason Batemans: the winning everyman we’ve just discussed, and the infuriating, unapologetic, under-your-skin asshole you just want to punch in the face. Lest we forget, one of Bateman’s first roles in his previous life as a child star/teen idol was as Ricky Schroder’s “bad boy” friend Derek on Silver Spoons. Glancing through Bateman’s filmography, it seems just as littered with jerks and villains as it does sweet-natured protagonists: the predatory, emotionally stunted husband in Juno; the heartless corporate henchman in Up in the Air; the leering douchebag brother in The Sweetest Thing. As an actor, Bateman seems capable of undetectably switching between these two modes with startling finesse. Only in The Change-Up, the body-switching comedy in which he co-starred with Ryan Reynolds, do we get to see both Batemans in one film: he begins as Bateman 1, a long-suffering family man, before fully transforming into Bateman 2 when he swaps bodies with a reckless, juvenile dickhead (Reynolds). Despite doing very little in terms of changing his appearance, Bateman has the ability to completely alter his onscreen energy by simply cranking up that devious twinkle in his baby blues.

And so, it’s perhaps telling that for his feature-film directorial debut (he became the DGA’s youngest-ever director when he helmed three episodes of The Hogan Family at the age of eighteen, and later directed the notorious “Afternoon Delight” episode of Arrested Development), Bateman has chosen a film that allows him to play one of his darkest characters yet. In Bad Words, Bateman stars as Guy Trilby, a foul-mouthed malcontent intent on destroying a prestigious children’s spelling bee by exploiting a loophole in its bylaws that allows him to compete. He is ostensibly operating out of sheer anarchy, and a journalist (the wonderful Kathryn Hahn) tasked with chronicling and explaining his mean-spirited mission continually fails to get any answers from him. But as Guy gets closer and closer to his goal of triumphing at the national spelling bee, he reluctantly finds himself forming a friendship with a fellow competitor, a little boy named Chaitanya (Rohan Chand, best-known as the tragic Issa Nazir from Homeland), whose relentless exuberance and unaffected enthusiasm begins to slowly worm its way into Guy’s grinch heart.

Guy Trilby is, pretty objectively, a jerk, but he’s also one of the most complex, compelling characters Bateman has yet embodied; the twisty, layered script by Andrew Dodge made the famed Black List of outstanding unproduced scripts in 2011. And with an outstanding supporting cast including Hahn, Chand, Allison Janney, and Phillip Baker Hall (playing a role with a few striking parallels to his character in Magnolia), Bateman has crafted one of the finest adult comedies of 2014 so far. In my video interview with him above, we discuss the level of preparedness required to direct a feature film, the difficulties of working with Will Arnett, and, most importantly, his memories of working on the raunchy San Francisco cult comedy The Sweetest Thing.