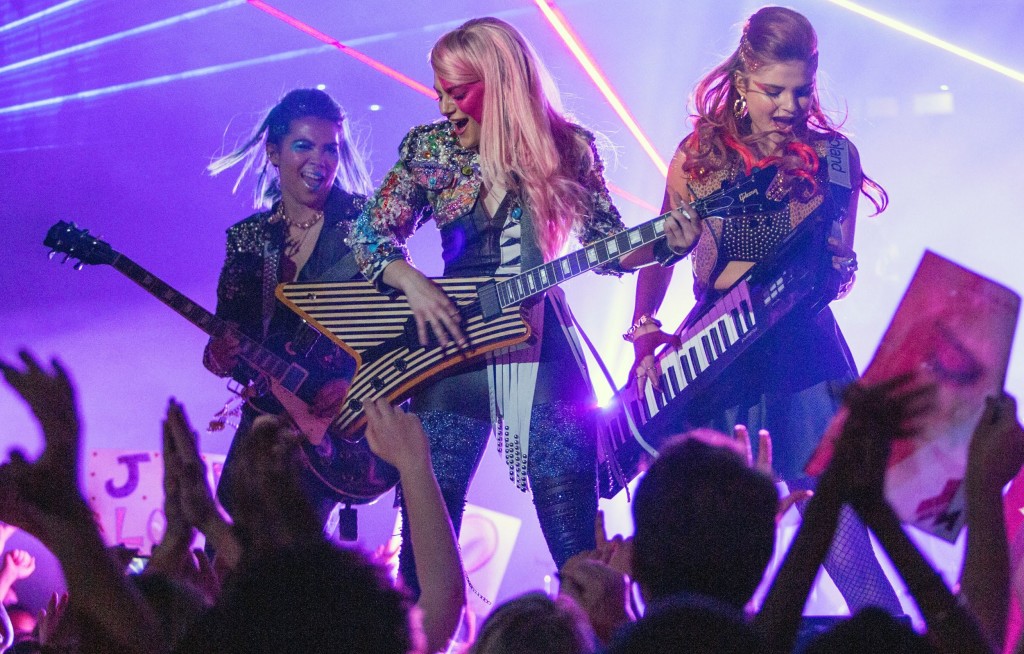 Welcome to the second episode of The Binge Movie Podcast! Thanks for all your enthusiasm and kind words regarding our premiere. We’re excited to bring you its shorter, more streamlined follow-up—now with thrice as many LeRolarte jingles! In this installment, Rebecca and I discuss the following films:

Jem and the Holograms [trailer]

Our Brand is Crisis [trailer]

We also recorded a review of Truth [trailer], James Vanderbilt’s Cate Blanchett-Robert Redford drama about the media scandal that led to Dan Rather’s exit from CBS News during the 2004 election cycle. Unfortunately that was lost due to technical difficulties, so our witty banter about it will never see the light of day. In lieu of that, here are my notes I used during our discussion:

This journalism procedural packs a wallop despite a heavy directorial hand and clunky dialogue/character exposition. Robert Redford stars as Dan Rather and Cate Blanchett stars as Mary Mapes, a segment producer for 60 Minutes. It transports us back in time to the eight-year journalism feeding frenzy to uncover the many misdeeds and scandals of the Bush administration. The sad joke is that real journalists like Dan Rather and Brian Williams are undone by single errors while Fox News only gets stronger by continually airing blatant untruths and distortions. Dennis Quaid, mouth pulled tightly up to its corners, appears to be in a different movie entirely, despite being in a cast full of broad performances; he and Elisabeth Moss are called upon to deliver the film’s most hamfisted bit of exposition when he fills her in about Mary’s childhood and daddy/authority issues as we watch her sleeping next to Dan on a plane. Cate gets close to Blue Jasmine mode with a big, high-strung, flustered performance wrapped in a cable knit sweater and forever running her hands through her blonde curls; it’s much more dramatic than her understated turn in Carol, a film benefited by a director with a clear vision. Vanderbilt succumbs to lots of grand musical cues and slow-mo, particularly in the finale. It could definitely have used a lighter hand, especially compared to the forthcoming Spotlight, which feels made by and for, in addition to about, journalists. Despite not even changing his hair color, Redford disappears into the role, emanating stateliness and dignity while also nailing the voice and cadence of Dan Rather. The movie feels like a product of the era it depicts, a liberal cautionary tale that also thinks of itself as an expose on the changing America (corporate control over news).

So there are my thoughts on Truth! They would’ve been more fun to listen to, I swear. Anyway, without further ado, here is the second episode of The Binge Movie Podcast—which, by the way, is now available on iTunes [click here]. Please subscribe and rate/review generously!

The Binge Movie Podcast: The Best and Worst Movies of 2015