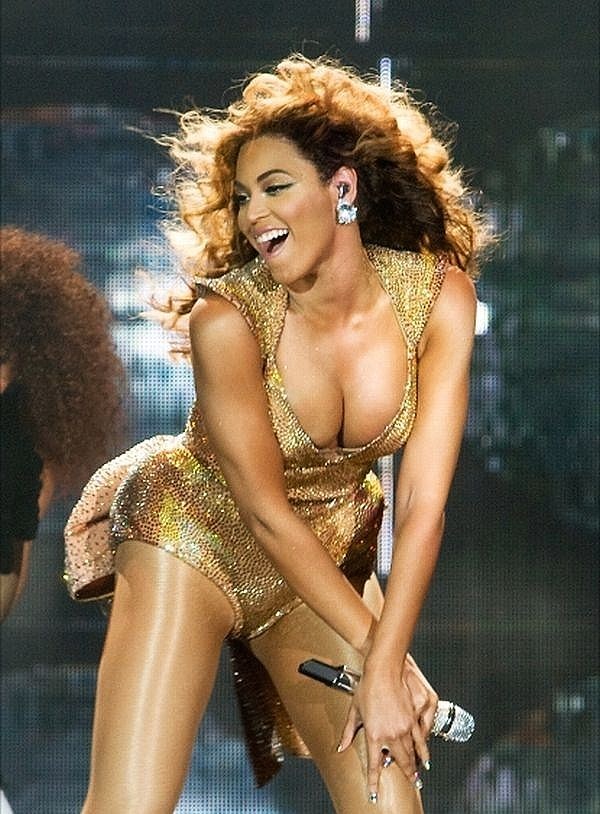 The Beyoncé show on Friday was, to say the least, memorable. But Beyoncé herself wasn’t even the biggest star of the show. That honor went to its breakout star: a histrionic young queen named Nigel. Not since Dreamgirls has Beyoncé been so shamelessly upstaged by an unknown costar.

Nigel was introduced to the audience at the Oracle Arena during the segment of the show wherein Beyoncé puts on a little mini-concert on a platform way out in the floor area. How she arrives at this platform is entirely too fantastic to describe here, so I’ll just let you wait for the DVD.

Anyway, once she’d (spoiler!) landed on the platform, she began strutting in a circle, basking in the nonstop waves of palpable adulation. This went on for much longer than it needed to, but eventually she stopped and set her sights on a hyperventilating young black man wearing a white tank top and neon-yellow gloves. Her eyes focused like a cat spotting a mouse. The bitch is a sadist.

Slowly, she locked him into her gaze like this was True Blood and she was about to glamour him or some shit. She moved to his side of the platform and leaned over. What happened next was visible to everyone in the Arena, because it was being projected on the giant screens above the stage.

“What’s your name?” Beyoncé cooed. “Nigel,” the young man responded, through jagged breaths and violent wiping-away of tears. The audience collectively murmured at this unexpected name. He was saying “iloveyouiloveyouiloveyouiloveyou” in an animal-like growl, which was audible in Beyoncé’s microphone. His jumping, shrieking, and crying intensified with each passing millisecond. A star was being born in front of our eyes.

“He’s about to die,” I said to Scott. “That bitch needs to quit or he will die right now.” It was as though Nigel was a balloon that Beyoncé was inflating with her air pump of fierceness. And she just kept pumping and pumping away, watching bemused for the moment when Nigel would finally explode.

And then, just when it seemed like Nigel would finally get a moment to claw his way back from the valley of insanity and death-by-fierceness (which would at least make for an amusing autopsy report), Beyoncé launched into “Say My Name” — and sang it directly to Nigel. This is the moment captured in the video below. Please enjoy it.

This post originally appeared on The Sassmouth Chronicles on July 13, 2009.