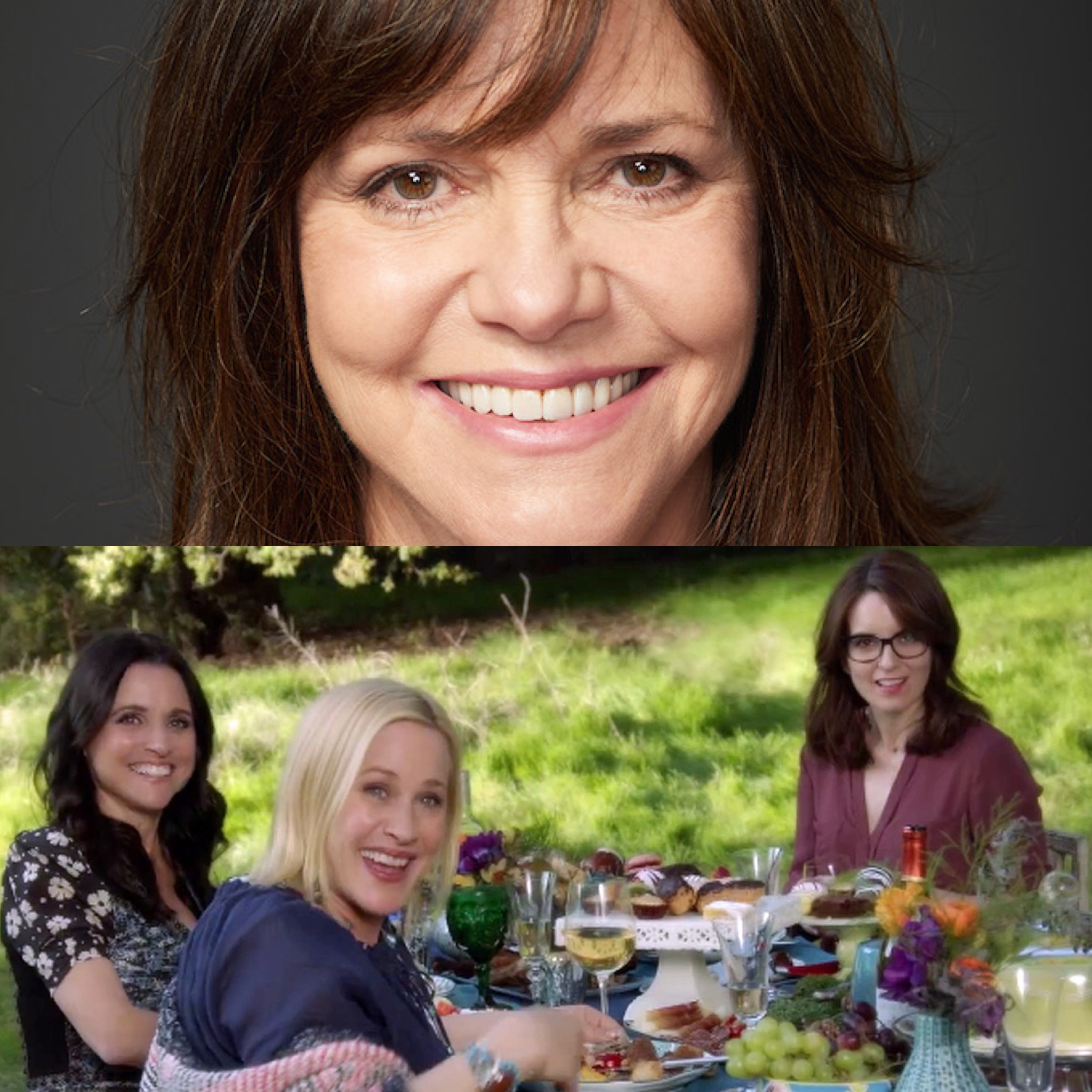 If you’re planning on asking Sally Field about her shoutout in last year’s milestone Inside Amy Schumer sketch “Last Fuckable Day,” it’s best to be direct about it. While that clip may be ancient history in internet time, Field is currently gearing up for her first press tour since then, for her astounding lead performance in Michael Showalter’s bittersweet coming-of-age comedy, Hello, My Name is Doris.

Field and Showalter were in San Francisco yesterday for an SF Sketchfest tribute to Field, with a screening of Doris accompanied by Showalter interviewing Field onstage afterward. Prior to the screening, I sat down for a small roundtable interview with Field and Showalter—and in a likely predictor of things to come as Field makes the press rounds in advance of the film’s March release date, the subject of “Last Fuckable Day” was raised several times. I’ll be running our interview in its entirety the week of the film’s San Francisco opening, but until then, here’s a taste.

In “Last Fuckable Day,” which appeared in the season three premiere of Inside Amy Schumer, Schumer happens upon a lakeside gathering of three formidable actresses—Tina Fey, Julia Louis-Dreyfus, and Patricia Arquette—celebrating Louis-Dreyfus’s “last fuckable day.” The women explain this concept to an agog Schumer as the day on which female actors are deemed no longer sexually desirable by the men who hire and cast them. As an example, Fey points out how Sally Field played Tom Hanks’ love interest in Punchline, and then played his mother in Forrest Gump “five minutes later.” Here’s the clip in its entirety, if you managed to miss it:

While Field is clearly not the butt of the joke here, that doesn’t make it any less nerve-wracking to ask her about it. I was the first journalist to bring it up, within the context of a question about the film (in which Field pursues a romance with a handsome younger man, played by Max Greenfield), but Field did not take the bait and made no mention of the sketch in her response. Then, a second journalist steeled his spine and pressed Field more specifically:

“The sketch that was mentioned earlier, ‘Last…,'” he said before pausing.

“‘Last Fuckable Day,'” Field finished. “Go ahead and say it.”

“So you’re aware of it,” the journalist said. Field said yes. He asked if the issues addressed in the sketch were still problems, if the industry had evolved at all since the ’80s.

“That women of age become less and less of value?” Field asked. The journalist said yes, and asked if she thought that perception was still accurate.

“Of course!” she replied. “I feel like that’s accurate in show business, and accurate in most of society. In this country, ageism for women—not necessarily for men—is a deterrent. But I think you have to look at the whole. If you’re talking about the motion picture business, it’s hard for women in every arena, in every part of it. And it’s not getting exponentially better. And then if you add any other ingredient onto being female, like diversity of color, and then you add age? The statistics on all of that for [women in the industry], whether they be in front of the camera or behind the camera, are pretty horrifying. They are horrifying. They do not reflect where we are in society. But I think the whole world has something to work on when it comes to empowering and bringing women to the table in an important way. And unless we can do that, the whole world will not heal. We’re out of balance. We’re out of kilter.”

There you go, ladies and gentlemen. If you intend to quiz Field for her thoughts on this subject, do not tiptoe around it, and be prepared for her to give the most perfect and passionate response imaginable. Sally Field: still the fucking best.