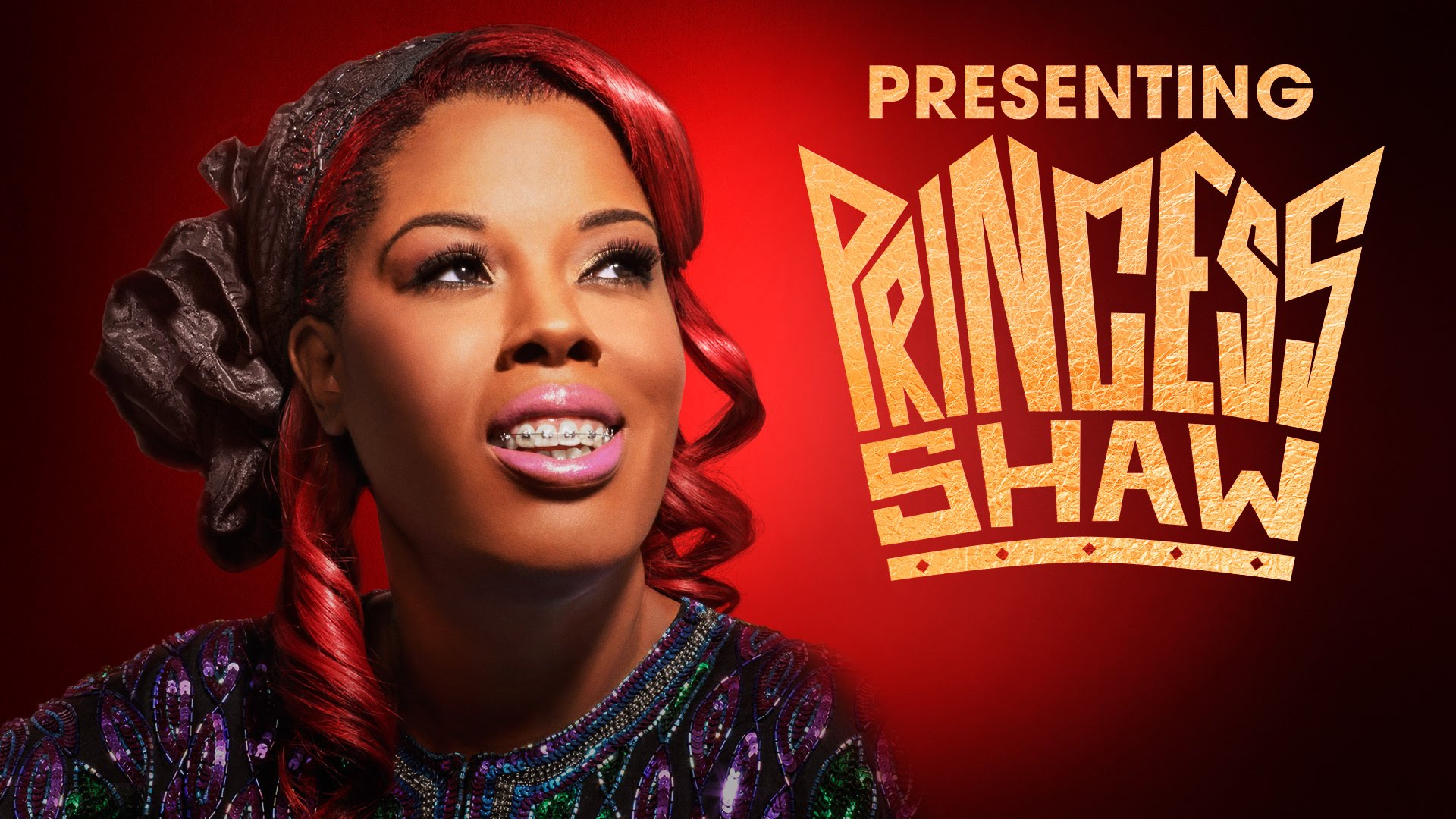 Fourteen years after the first American Idol season and countless other vocal competitions later, it wouldn’t be unreasonable to suggest that American audiences have had our fill of aspiring singers clamoring for our attention, packaged with personal origin stories designed to pull at our heartstrings and frame their talent within the context of their resilient humanity/humility. Our collective cultural consciousness is littered with more would-be superstars than all the touring musical companies in the country could ever employ. And yet somehow, director Ido Haar’s new documentary Presenting Princess Shaw—available now in theaters and on iTunes—still resonates.

While it bears numerous resemblances to the phenomena described above (its subject even auditions for The Voice, unsuccessfully), Haar’s depiction of working-class Louisianan singer/songwriter Samantha “Princess Shaw” Montgomery and her passionate striving for success, despite little-to-no positive reinforcement, is unsparingly honest and resolutely unsentimental; it couldn’t be further removed from the slick trappings of over-produced network TV ratings juggernauts. No glittering chyrons, celebrity judges, or cheerful eunuch hosts to be found here, you guys. This is true grit.

When Montgomery agreed to allow Haar’s camera to follow her as she spent her days working as a caretaker and her nights posting original songs to YouTube, she didn’t know that Haar already had the secret to her success tucked away in his back pocket: that he was working with Israeli DJ Kutiman, a viral hitmaker who’d discovered Montgomery’s videos on YouTube (which she posted under her stage name, Princess Shaw) and was building several brand-new compositions around them. In effect, Haar was there to catch Montgomery’s life being changed in real time when she found out about the videos. As far as she knew, he was just making a movie about YouTube musicians.

Already comfortable with sharing all the details of her life on social media, Montgomery holds absolutely nothing back in her interviews with Haar. And that’s the remarkable thing about Presenting Princess Shaw: what could’ve been a glorified meet-the-contestant package on America’s Got Talent becomes something altogether deeper and entirely disarming. In Montgomery, Haar has stumbled upon a truly worthy and inspiring subject; we may start the film eager to get to the moment when she learns she’s been discovered, but as she reveals more and more of her personal history and nature, we suddenly feel as if we’re watching a first-rate character study rather than a star-is-born music doc. This, of course, makes it all the sweeter when that moment of triumph does come. It feels like reality singing competition victories rarely do: genuinely earned.

On this episode of The Binge Movie Podcast, I sit down with Princess Shaw herself to discuss opening up to the cameras, her personal musical heroes, and (gasp!) not being a Beyoncé fan. I know, you should’ve seen my face. Subscribe to our podcast on iTunes [click here] and rate/review if you’re enjoying the show!

The Binge Interview: Lorene Scafaria and Susan Sarandon on “The Meddler”, Bad Press, and the Power of Beyoncé
Loading Facebook Comments ...