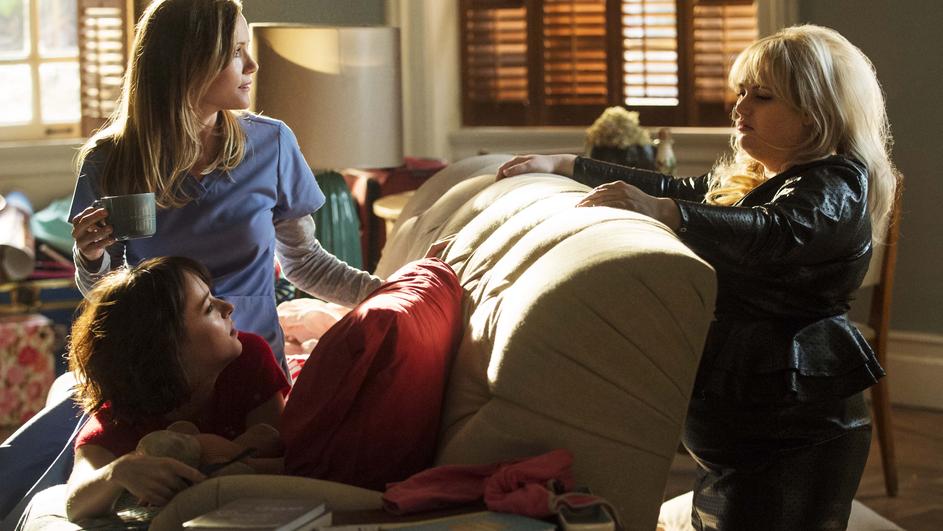 Boasting such screenplay credits as The Wedding Date, What Happens in Vegas, and Couples Retreat (which she also produced), Dana Fox is among the reigning behind-the-scenes studio comedy queens. Whereas many female filmmakers understandably go the independent cinema route to bypass Hollywood’s entrenched sexism, the Stanford-educated Fox would rather subversively work from inside the machine, bringing unexpected humor, insight, and honesty to movies that reach the widest of audiences. Her latest writing/producing effort is How to Be Single, a raucous female-driven ensemble comedy in the raunchy, no-holds-barred spirit of Bridesmaids and Trainwreck.

Based on a novel by former Sex and the City writer Liz Tuccillo and a screen story by Abby Kohn and Marc Silverstein, How to Be Single is the story of four untethered Manhattan women at varying degrees of satisfaction with their relationship statuses. Alice (Dakota Johnson) is a recent college grad who initiates a “break” with her longtime boyfriend so they can explore the world and themselves a bit more before settling down for good. Her sister Meg (Leslie Mann) is an obstetrician who decides to have a baby on her own, but then meets a younger suitor (Jake Lacy) shortly after getting pregnant. Robin (Rebel Wilson) is Alice’s unapologetic party-girl coworker who couldn’t possibly have less interest in finding a relationship, while Lucy (Alison Brie) has engineered an algorithm that thoroughly analyzes every dude on singles dating apps/websites to winnow down that elusive handful of decent matches. Anders Holm, Damon Wayans, Colin Jost, and Jason Mantzoukas costar as potential love interests our heroines meet along the way.

It may sound like well-worn material, but while How to Be Single is very much a studio comedy, the aggressively relentless pacing of its nonstop gags will surprise and delight you. This is a movie that doesn’t waste a single breath that couldn’t be used on a joke instead. Meanwhile, the subject of female friendship is near and dear to Fox’s heart, not to mention her press; in 2009, Fox was featured in a much-discussed New York Times article about her close friendship with fellow film and TV creators Diablo Cody (Juno), Liz Meriwether (New Girl), and Lorene Scafaria (Seeking a Friend for the End of the World). It claimed the four women referred to themselves as “The Fempire” and was loudly mocked in unambiguously sexist, misogynistic language before the Internet became a place where such comments would be roundly condemned on Twitter.

Looking back, it seems evident that this dynamic quartet of powerful female friends was really #squadgoals before such a term existed. In the ensuing years they’ve continued supporting and sometimes working on each other’s projects—such as Fox’s critically adored but tragically short-lived sitcom Ben and Kate (2012-13), which was her first collaboration with Dakota Johnson. In addition to Fox’s How to Be Single, this year will also mark the release of Scafaria’s sophomore writing/directing feature, The Meddler, which premiered to near-unanimous praise at the Toronto International Film Festival last September, and about which Fox positively glows when the subject is broached.

I sat down with Fox recently to discuss all of this, first in person, then again on the phone; in conversation, she is an irrepressible dynamo, as you’ll discover on the podcast. My cohost/producer Rebecca Olarte and I have taken the best bits of mine and Fox’s in-person conversation and put them into a special How to Be Single edition of The Binge Movie Podcast, which you can find below. I’ve also pulled choice quotes from both recordings and transcribed them for your enjoyment.

On the raunchy humor of How to Be Single and rom-com sexism:

“It’s important to me to get the message out that this is a comedy! The agenda that I had [when I started working on the script] was bringing the movie from being more of a rom-commier PG-13 tone into being much more of a hard R-rated comedy. You’ll be surprised at how much heart and emotion there is in it, but first and foremost it’s a comedy. I think, and not to be too overly feminist about it, but the term ‘rom-com’ has been sort of ghettoized and given this bad name, and it’s a little bit sexist. People only use that term about movies that star women. The 40 Year Old Virgin and Knocked Up, people called those comedies because they starred men and were made by men. I think there is something that people do to [things made by] women where they wanna put it in a box. When a woman writes a book that has anything to do with relationships, suddenly it’s chick-lit—but we never say dick-lit! To me it’s a little bit sexist. Our movie’s a comedy, and the jokes and humor were so important to all of us. That was our mantra the whole time we were making it: we gotta make this a balls-to-the-wall comedy. We weren’t fucking around. We want to have you laughing so hard, it ruins all of the jokes because you can’t hear them and you’re literally forced to see the movie again to catch stuff that you missed.”

On her message to single women as a married lady:

“Please, have a good time. And even when you’re not having a good time, enjoy that you’re not having a good time by yourself, because before you know it you’re going to be hiding under the covers in bed trying to stream one last episode of some shitty TV show on your phone so that when your husband comes in and tries having sex with you, you can be like, ‘I’m sleeping, I’m totally sleeping,’ but you’re actually watching Making a Murderer or something. Please don’t try to fuck me, I’m really tired and I just want to watch Netflix. Plus, Making a Murderer is a super boner-killer. But the analogy I’d make [between marriage and being single] is when you don’t have a job and you’re so miserable. All you’re doing is pushing and pushing and pushing to get a job, and spending every day so bummed out that you don’t have a job. And then the second you get a job, you’re like, ‘What was I doing with my life? Why wasn’t I enjoying getting to sleep in?'”

On the importance of supporting female-driven films at the box office:

“I don’t want to make it sound like it’s not fun—it’s fun, you’re going out to movies with your friends—but your money is your vote in our society. It’s a capitalist society that’s driven by money, so the powers that be need to see money flowing in the direction of things that you like, messages that you believe, if you want to see more of them. I think our movie has so many good messages, like that female friends are important, that women should be good to each other; don’t be catty, don’t be bitchy, don’t tear each other down, help each other out! I want to get really positive messages out in a really funny ways that are super fun. That’s always what I try to do with my work. And if you like those messages, you have to go out on opening weekend and you have to vote with your money, because they’re not gonna make movies that say that unless you do.”

On the legacy of “The Fempire”:

“For me, the thing that’s so awesome about the quote-unquote ‘fempire,’ which is a name that we don’t use, is that we are really friends and we do love each other and support each other. We are all really busy but anytime anyone needs anything, any one of us will just tag in and help. It’s a real friendship, it wasn’t just some bullshit thing. I’m so proud of all those women, and I can’t believe the amount of good work that they have all collectively put out into the universe. I feel so lucky to know them and so lucky to call them friends. That article could’ve been the end of a casual group of friends, because we were really just sort of getting started back then. We could’ve all gone our separate ways, the business could have torn us apart. But none of that happened, and it’s pretty amazing to see that. Taylor Swift, come be in The Fempire!”

Subscribe to The Binge Movie Podcast on iTunes [click here] and please rate/review if you’re enjoying the show!