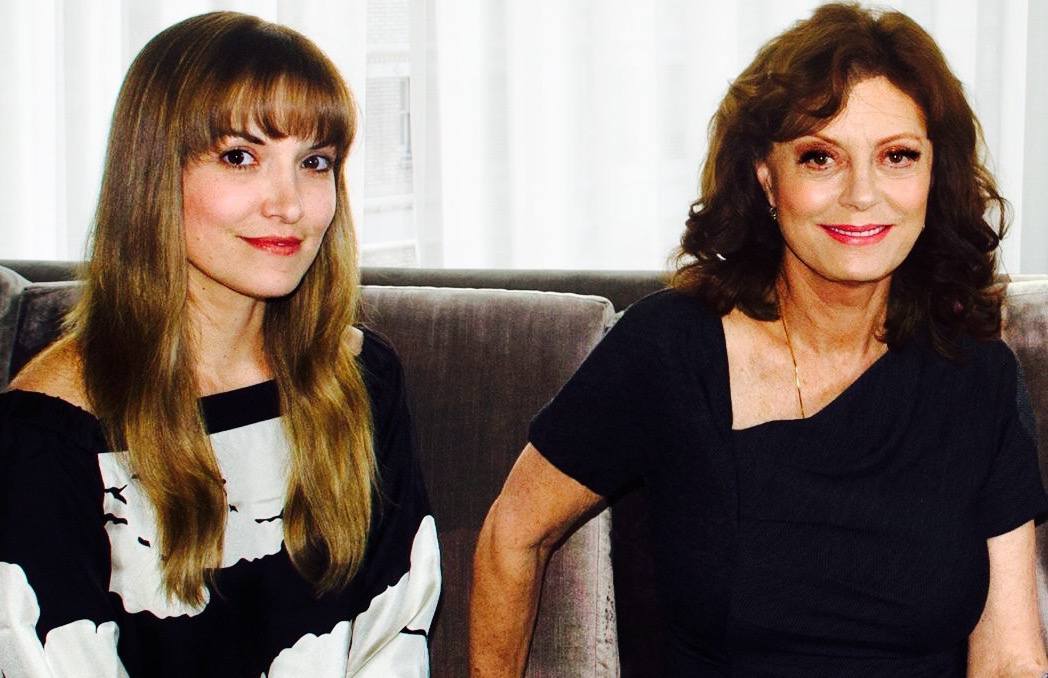 There are surface aspects of writer/director Lorene Scafaria‘s superb new comedy The Meddler that almost dare you to underestimate it. The name, for one, is admittedly adorable. Then you watch the trailer and see what appears to be a sitcom-ready scenario: Lori (Rose Byrne), a woman living in Los Angeles, suddenly finds herself saddled with her overwhelmingly solicitous and doting mother, Marnie (Susan Sarandon), a widow who’s just relocated from New Jersey to be closer to her daughter. You might be expecting 100 forgettable minutes of something you’ve seen before: an unlucky-in-love career woman exasperated by her smother-mother’s attempts to fix her up and otherwise control her life, culminating in the daughter learning that mother always knows best.

What you don’t expect is how thoroughly Scafaria is going to turn the tables on those assumptions. Considered, thoughtful, and clever, The Meddler distinguishes itself with uncommonly incisive insight and disarming moments of truth behind the laughs (of which there are many; Scafaria’s lean screenplay seamlessly blends hilarity and humanity throughout). While the framework of Lori and Marnie’s relationship may feel familiar, the depth, nuance, and heartfelt affection with which it’s written and performed is striking. Then, things get really interesting: Lori travels to New York at the end of the first act to work on a TV pilot, leaving Marnie behind in Los Angeles to somehow keep herself busy. And that’s where the film’s focus remains: on a 60-something Jersey widow figuring out what her life is about now. Her attempt to return to her former role as full-time mother has been angrily rebuffed, and now she’s once again alone, except in a strange new city. So…now what?

The Meddler is Scafaria’s second feature as a writer/director (she also previously adapted the screenplay for Nick and Norah’s Infinite Playlist). Her debut was Seeking a Friend for the End of the World (2012), a melancholy comedic drama starring Steve Carell and Keira Knightley as two strangers who find themselves on the road together during Earth’s final days. In all three films she’s written, we can discern Scafaria’s traits as a filmmaker, or the Scafaria Style if you will (and I will!): grounded in modern humor, optimistic but by no means naive, allergic to false moments, gentle yet unflinching about sadness and loss.

If The Meddler feels like her most resonant achievement to date, that likely has to do with it being her most personal as well; it’s inspired by what happened when her own recently widowed mother, Gail, moved to Los Angeles to be closer to Lorene while she was still grieving her father and Gail her husband. Scafaria brilliantly alludes to this in The Meddler by having Lori’s TV pilot itself be autobiographical of her situation with Gail, almost as if Scafaria wanted to say, “No, HERE’S what it would look like as a sitcom,” while also exploring her own anxiety about fictionalizing this story and releasing it into the world.

There’s an incredible cast of actors playing supporting roles here, including J.K Simmons, Michael McKean, Jerrod Carmichael, Cecily Strong, Jason Ritter, Lucy Punch, Casey Wilson, and Amy Landecker. As Lori, the stellar Rose Byrne is refreshingly disinterested in winning any likability polls; she allows us to view Lori as sullen, short-tempered, and self-pitying. But more than anyone else onscreen, this is Susan Sarandon’s movie.

Since The Meddler is basically about what all of our mothers are doing when we’re not calling them, we spend most of the movie walking alongside Marnie as she navigates this solitary new chapter in her life. I’ve been digging around in Sarandon’s filmography and honestly cannot tell you the last time she carried a movie to this extent; not that there was ever any doubt, but she pulls it off with warmth, grace, and charm to spare. Her work here deserves to be mentioned in the same breath as Thelma & Louise, Dead Man Walking, and the other time-capsule performances this icon has delivered in her 40-plus years of screen acting.

In this very special episode of The Binge Movie Podcast, I sit down with Scafaria and Sarandon for a conversation about the lack of sympathy with which Scafaria wrote her onscreen surrogate, Sarandon’s recently turbulent relationship with the press, the amazing real-life inspiration behind Marnie’s habit of repeatedly listening to “I Was Here” by Beyoncé—and its Bey-approved use in the film. The Meddler is now playing in New York City and Los Angeles, will open in more cities (including San Francisco) on April 29, and opens wide on May 6…just in time for Mother’s Day, in case you’re still locking down plans.