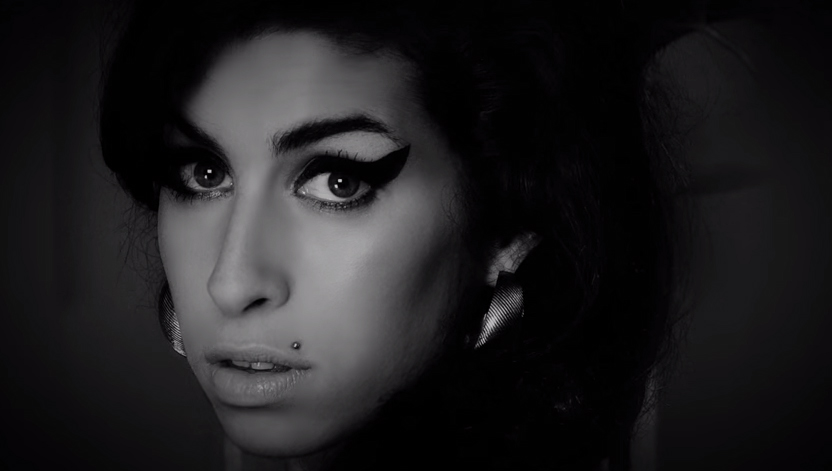 The challenge of reviewing a documentary like Amy, the first authorized feature-length film to be made about the tragic and miraculous Amy Winehouse, is in parsing out what to say about the film itself versus Winehouse’s legacy. This month marks four years since her long-foreshadowed death at 27, that horribly inevitable July day on which one of the greatest voices in the history of recorded music was permanently silenced. Her passing also marked the conclusion of a nearly five-year tango of frustrated sadness and destruction she’d been dancing with the public, from the highs surrounding the international release of her masterpiece, Back to Black, to the spiraling freefall she tumbled into shortly thereafter, never to fully recover. We all watched that happen, and I don’t know about you, but I haven’t really processed it.

Her death seemed so imminent for so long, there was almost a perverse sense of release when it finally came. The dance had ended. There would be no more harrowing paparazzi photos of her gaunt, mascara-streaked cheeks and blood-stained ballet flats, no more grainy videos of music festival meltdowns, no more disgustingly breathless blog coverage from the likes of nightmare scourge Perez Hilton, a man responsible in no small part for the decline of civilization. While we had all hoped Amy was built from the same sturdy junkie stock as Keith Richards and Courtney Love, or even a redneck brick house like Britney Spears—the only other starlet to reach such consistently shocking lows throughout the late ’00s, only to rebound as a lobotomized fembot with a Vegas revue—this wasn’t the case. We loved her, then we lost her.

The numbness that followed made it almost impossible to revisit her work with any sort of perspective. It all felt too soon, too reactionary. Her beehived specter gradually faded from view, occasionally evoked by a posthumous release (she’s had two, a b-sides collection and a BBC live album; her label head recently claimed to have destroyed the demos for her third album to prevent anything further) or a cover of one of her songs, such as Ronnie Spector’s achingly poignant rendition of “Back to Black,” an event Amy surely would wish she’d lived to see. But, as Anthony Lane eloquently writes in his New Yorker review, “Winehouse died almost four years ago, which means that we are now entering that tricky terrain where a posthumous reputation should, for the first time, be allowed to take shape—where the artistry can begin to be disentangled from the thorny mess of the life. Maybe that will never happen with Winehouse; maybe she is doomed, like Billie Holliday and Edith Piaf, to be defined and smothered by the myth that enfolds her, so that fans may struggle, even decades hence, to get a clear view of her achievement. Yet the reckoning is worth the effort: How good was she, truly?”

Judging from the clips and testimonials in Kapadia’s film, the answer is: “Really really fucking good.” If, like me, you couldn’t bring yourself to watch any of Amy’s live performances since her death, the bountiful footage assembled herein will knock you on your ass and make you fall in love with her all over again. At moments she’s almost too powerful to withstand, such as in her legendary 2007 Mercury Prize performance of “Love is a Losing Game,” a song which takes on a much deeper, sadder meaning within the film’s narrative context—especially as she tiptoes down from the stage and is quickly intercepted by her partner in drug addiction and self-destruction, Blake Fielder-Civil, who walks her back to her table to be greeted by her father Mitch, who’s nearly as responsibility for her decline and demise.

Not that Kapadia’s film demonizes these men. It really doesn’t need to—it lets them speak for themselves, and their own words and admissions are plenty damning enough. Amy doesn’t have a narrator, nor even traditional talking heads aside from those in archival interviews; rather, Kapadia has assembled a two-hour montage of footage both well-known and unseen, with new interviews conducted for the film popping up in voiceover only. There’s no footage of camera-ready family and friends sitting mournfully in lavish chairs while reflecting on where it all went wrong. All we have are their words, the sounds of their voices, playing over footage of Amy taken primarily from the 10-year span between when she started singing in jazz clubs as a teenager and her death. The effect is immersive and, gradually, devastating. A decent chunk of this footage toward the end was sourced from the paparazzi, which has struck some as an unethical decision on Kapadia’s part, given the role they played in robbing Amy of her privacy, dignity, and sanity. But the sad truth is that it would be impossible to tell her story—and to condemn the British paparazzi for the murderous monsters they are—without it.

I left my screening of Amy mired in a silent sadness which I can’t recall ever feeling quite so intensely after a movie. I was a big fan of Amy Winehouse, and like most of her fans, my passion for her sprung from a feeling of soul connection with the raw honesty and unfiltered darkness of her work. When she died, it felt like a piece of us died with her, and yet I’d never truly mourned her until watching this film. Life starts up again, new distractions cloud one’s vision, and it becomes easier to ignore that gnawing, painful void she left. But sitting in my seat, staring at her face and listening to her voice in moments both disarmingly candid and increasingly guarded, I was confronted with the simple, blunt truth of her existence. It’s crazy to think, given the mega-wattage of her star power and her overnight ascendence to household name, that her final output is so minimal; that she’ll join artists like Jeff Buckley, Judee Sill, and Karen Dalton in the pantheon of troubled geniuses who only released one or two fantastic albums before leaving us—fewer than Sandy Denny or Nick Drake, fewer than her fellow 27 Club members Jim Morrison, Jimi Hendrix, Janis Joplin, or Kurt Cobain. But at least we have those albums, and now we have Amy. It may chronicle her end, but it also captures her immortal talent—and marks the true beginnings of her undying legacy.