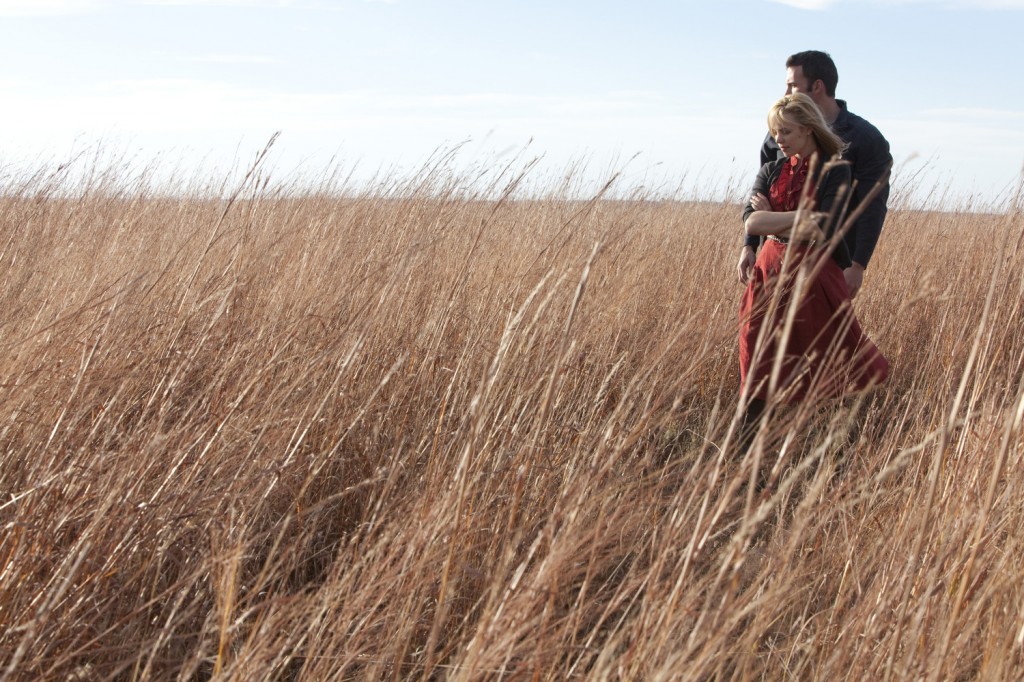 written and directed by: Terrence Malick

MPAA: Rated R for some sexuality/nudity

While watching To the Wonder, the sixth film by the formerly reclusive but suddenly prolific Terrence Malick, I had to wonder if Malick is aware of Instagram. If not, do you think discovering it would immediately remedy him of his drive to make movies? Were he to learn there was a far simpler and much less expensive way to share cool images with the world without anyone asking why there’s no plot or dialogue, would he promptly lose all interest in directing and devote himself entirely to iPhone photography? Which filter would he use most often? Would he be a Hefe guy, or go full Lo-Fi every time? Not that imagery is the sole component of a Malick film; there is also majestic music, whispered voiceover fragments, and unsure-looking actors loitering on the periphery. But really, you can tell Malick gets the most excited by imagery.

All of which is to say that To the Wonder is a very Malicky film. If you’ve seen his other work, you know exactly what you’re signing up for (basically an extended montage set to music). At their best, Malick’s films achieve a kind of epic, sublime transcendence that feels almost sacred; at their worst, they are insufferably slow and border on self-parody (but at least they’re always pretty). Where is To the Wonder on that spectrum? Well, it has a little of both; you get both the soaring best and interminable worst. It’s pretty middle-of-the-road for Malick, right down to its 112-minute running time (his first two films were around 90 minutes, but his last three have been in the 140-170 mins. range). Frankly it feels like a bit of a throwaway, which is probably because it’s following so shortly after The Tree of Life, Malick’s grandest film, which had one of the broadest scopes in the history of cinema. A movie about Ben Affleck falling in and out of love with a few women can’t really compare to a movie that had fucking dinosaurs in it on the grandeur scale.

The actors, as expected, are incidental to Malick’s vision. While it is initially strange to see Affleck in the context of a nearly dialogue-free art film (he even has one mercifully brief line in French), I must salute him for the untold hours he must have spent chasing Kurylenko and McAdams around in fields until Malick felt satisfied. Kurylenko enlivens the film with her temperamental spark; Malick seems quite taken with her, or at least her bare back, of which there are many lingering shots. As for Rachel Weisz, Michael Sheen, Jessica Chastain, Barry Pepper, and Amanda Peet — well, they were all cut from the film, so I guess we’ll never know.

Naturally, the subject of what happens in To the Wonder is far less significant than the question of What It Is About. Malick seems to have the struggles of love on his mind, including romantic, spiritual, and familial. It is about the patters and cycles of love, its simultaneous permanence and impermanence. Neil (Affleck) cycles in and out of love with his two lady friends, but whether they are together or apart, the love remains. Marina (Kurylenko) struggles with reconciling her romantic love for Neil with her motherly love for her daughter. Father Quintana (Bardem) longs to feel the love of God, and begins to remember it through acts of service. There are several references to the phrase “love that loves us;” this is one of Malick’s most overtly spiritual films, pointing toward God or a god-like source of energy that permeates and underscores all of creation with an abundance of love. To the Wonder opens with an ode to love and ends in a crescendo hymn of prayer; in these moments, the film does touch the greatness of which Malick is capable. He remains cinema’s leading mystic.

To the Wonder opens today in San Francisco.