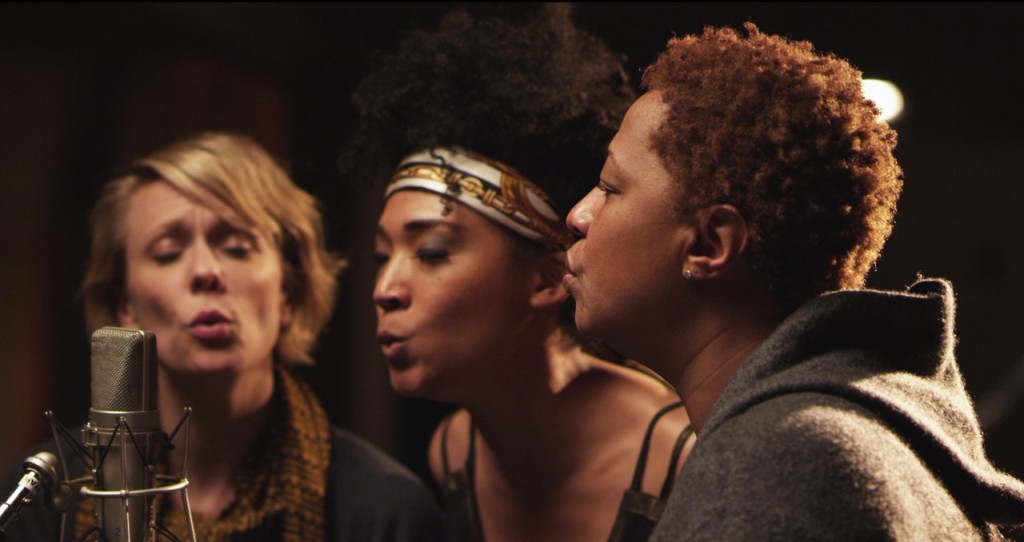 The concept behind director Morgan Neville’s shamelessly enjoyable documentary 20 Feet From Stardom, which opens in San Francisco today, is precisely the kind of idea that makes you slap yourself on the forehead for not thinking of it first: instead of yet another music superstar bio, why not tell the story of the people standing twenty feet behind the superstar singing “doo-do-doo-do-doo”( to quote Lou Reed’s “Walk on the Wild Side,” which plays over the opening credits)? Neville, an acclaimed music documentarian, has made the first film that takes a seriously deep dive into the world of backup singers in pop music. And he has truly found a treasure trove of unbelievable anecdotes, heartbreaking testimonies, and unforgettable personalities that should prove catnip to even the most passive of music fans.

Neville’s focus is primarily on African American backup singers, beginning more or less with the legendary Darlene Love. One of Phil Spector’s most prominently featured yet hidden ’60s singers, Love sang in a girl group that provided the backing vocals on everything from “The Monster Mash” to “That’s Life.” She represents the era when black backup singers had to essentially be white-lady soundalikes to get work. But with the British invasion came scores of white English men who fetishized American blues/soul culture, and to lend authenticity to their sound, they needed lots of wailing black women. Suddenly backup singers were being instructed to channel the churchy singing in which they were raised rather than suppress it; this led to Merry Clayton, a former Raelette, being dragged out of bed in the middle of the night, in curlers, to lay down one of the most searing backing vocals in history—the “rape, murder!” refrain in The Rolling Stones’ “Gimme Shelter.”

There were several questions on Neville’s mind when he set out to make this film. What makes someone a backup singer rather than a lead singer? Are they less ambitious? Less attractive? Less talented? The stories he’s collected rebuke all of these notions. Perhaps most fascinatingly, there’s Lisa Fischer, who has been the Stones’ touring backup vocalist for two decades. Fischer is a woman who seems to radiate palpably tingling emotion with every fiber of her being. She is a blissfully jaw-dropping vocalist, and actually won a Grammy in the early ’90s for her brief foray into solo work.

But frankly, she’s just not interested in being in the spotlight. She’d rather be part of the “mix” of music, leaving her ego out of it and viewing her voice as merely one instrument of many that ideally coalesces into something pure and magical. Watching Fischer, you wonder why we’re so keen to only celebrate the artists most likely to scream and shout and demand our attention. On the other end, we have Judith Hill, who has since reached a measure of national fame as a contestant on The Voice (before being voted off, prompting Adam Levine to controversially declare that he “hates this country”). Hill very much wants to be a star, a lead singer, a frontwoman, and everyone who watches her perform seems to agree that she’s got it. So why hasn’t it happened for her yet?

These are the kinds of stories that apply to my interview subjects today. During the San Francisco International Film Festival, I had the extreme privilege of sitting down with Ms. Merry Clayton, Neville, and Tata Vega, who is perhaps best known as the singing voice behind the character of Shug in Steven Spielberg’s film of The Color Purple. Both Clayton and Vega tried fervently to launch solo careers in the ’70s; Clayton was riding the wave of fame she’d received from “Gimme Shelter,” while Vega was attempting to start out as a solo singer in her own right. But somehow, things just never went their way. Until now, of course. With 20 Feet From Stardom primed to stoke excited new interest in each of its subjects, these women are finally ready to collect some long overdue accolades.

As I mentioned earlier, these are ladies who were brought up in the church (Vega also works primarily in the gospel music realm), so let’s just say it doesn’t take long for that to come out. Clayton is a dyed-in-the-wool diva who rocked designer shades during our (indoor) interview like she was Mary J. Blige, and she is a legitimate force of nature. Easily provoked and not at all shy, she frequently took the spotlight during our conversation, which I was only too happy to give her. Neville got in some obligatory directorial comments toward the beginning before letting his stars do what they do best, while Vega graciously accepted her position encouraging and supporting Clayton’s soulful sharing. What began as a routinely informative roundtable interview rapidly and irretrievably snowballed into a full-on revival tent, with Clayton testifying and pouring out her spirit while Vega quietly interceded for her. Neville just sat and smiled. I hoped it would last forever.