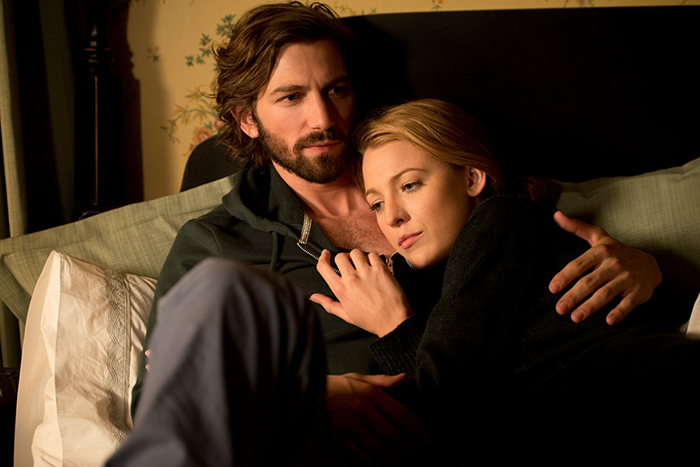 When speaking to Michiel Huisman, it can be easy to talk to him like he’s an overnight sensation. After all, it does feel seemingly overnight that he became one of the most ubiquitous men on TV: his magnetic, soulful presence and dreamy good looks have led to standout recurring roles as a bad-boy music producer who romances Rayna James on Nashville, the father of Sarah Manning’s repeatedly imperiled daughter Kira on Orphan Black, and—the motherlode—as Daario, Khaleesi’s trusted right hand and frequently bare-assed love interest, on Game of Thrones.

But by the time the Netherlands-born Huisman made his U.S. breakthrough in 2010 as a jazz musician on Treme, David Simon’s New Orleans-based follow-up to The Wire, he’d actually been acting for over 15 years. Starting out in Dutch TV before working his way to America, Huisman has appeared in a number of notable films: he starred opposite future Game of Thrones costar Carice van Houten in Paul Verhoeven’s Black Book (2006), with Emily Blunt in The Young Victoria (2009), in the Brad Pitt zombie thriller World War Z (2013), and in last year’s Wild, wherein his hippie hotness persuaded Reese Witherspoon’s resolutely stanky hiker Cheryl to wash her ass for the first time in weeks.

And now, after twenty years of playing supporting roles and love interests, Huisman is ready to be a leading man. He takes his first shot in the San Francisco-set romantic drama The Age of Adaline, in which he stars as Ellis, a wealthy philanthropist who falls in love with a gorgeous blonde he spots at a party. Unluckily for him, that blonde turns out to be Adaline Bowman (Blake Lively), a woman forever frozen at the age of 29 after a freak accident nearly 80 years prior. How does that make him unlucky? Well, Adaline never stays in one spot for too long, lest she arouse suspicion and wind up as a lab subject. Consequently, she can never let herself fall in love, which keeps her guarded to all but her aged daughter (Ellen Burstyn!). But when Adaline falls hard for Ellis despite herself, she finds herself facing the biggest decision of her freakishly long life.

Directed by Lee Toland Krieger (Celeste and Jesse Forever) from a screenplay by J. Mills Goodloe and Salvador Paskowitz, The Age of Adaline is poised and polished, high-concept and old-fashioned, with the soothing feel of a fable. While it might be a stretch to imagine an audience sympathizing with Blake Lively’s inability to age, she exudes a engaging, timeless vulnerability. Burstyn gamely sidles up to her in cafes and calls her “mama,” while Harrison Ford and Kathy Baker shake things up as Ellis’ parents when they enter the film around halfway in. As Ellis, Huisman evinces the qualities that have served him so well in his other romantic roles, with his sly smile, inviting bedroom eyes, and ability to make people (me) gasp audibly by showing up towel-clad and wet. But there’s more to Huisman than just his hunkiness, as we discussed when he stopped in San Francisco the day after the Game of Thrones season five premiere.

The Age of Adaline is a San Francisco love story for the ages. How much of it did you actually shoot here?

Michiel Huisman: That’s the kind of question I try to avoid and you start with it? [laughs] It’s a little bit of movie magic. Here’s the thing: shooting in San Francisco is a pain, so we shot most of the movie in what we refer to as San Francouver. It was very strange for me playing a character very much rooted here in San Francisco, since it wasn’t until after we shot the movie that I made my first visit to the city. But that seems to be the story of my life: I’m always shooting something somewhere that’s supposed to take place somewhere else.

What drew you to this movie and role?

By the time the script reached me, I was already aware of Blake being attached to it, as well as Harrison Ford. Just the thought of being able to play the male lead opposite Blake and being the son of Harrison Ford in the same movie was almost too much for me. Then I read the script, and was really swept away by this journey of a woman through time. I thought it could become a very romantic movie that felt like a small, independent, well-crafted film but still appealed to a large audience. There wasn’t a doubt in my mind, I was dying to be a part of it. I come from doing a lot of great TV stuff, which I’m very proud of, but I was really eager to make that step and break into film as well. This is special to me, because it marks the first time that I play the leading role in a proper Hollywood production.

There seems to be a romantic heartthrob component to a lot of the roles you’ve been playing. Have you been seeing lots of similar parts coming your way?

Yes, but I think it’s very important as an actor to spread your wings constantly and not fall for the same thing. One of my priorities during my first Game of Thrones hiatus was: “Shoot cool movie in which I’m not holding a sword.” [laughs] The Age of Adaline really hit that button.

Another common thread for most of your English-language work has been playing opposite some of the most dynamic female characters of the moment. Are you drawn to stories about strong women?

I’m very thankful for the opportunity to work with them. I love stories about strong women, and I think there aren’t really enough of them in film and TV. Just to pick one, which was short but lots of fun: working with Reese Witherspoon on Wild. I admire her so much, not just the way she played the character, but also how she read the book and was like, “This is something I want to make,” then [produced] it herself. So I get to support stories about strong women—yeah, that’s cool. But I also like stories about strong men, so maybe in the future I’ll get to play some of those.

Is that something you’re actively pursuing?

It’s my biggest wish. I shot this movie a year ago, then went back to Game of Thrones, where it’s so much about moments. We have such a big cast, and as an actor, I always want to nail the moment I’m given. I was hoping to do projects on my next hiatus that would really allow me to be a character and carry a story for not just a couple of scenes, but the whole way through. That’s how I picked the projects I’m working on this hiatus. I’m about to finish a movie that was shot in Australia, I have a week left in New York—there you go! Shot in Sydney, takes places in New York. Would that be New Yydney? [laughs] But it’s very much a story I get to carry the whole way through, and I really enjoyed that. I didn’t have four scenes to build a character, I had a hundred and four. It adds a bit of pressure, because you’re like, “Okay, now I’m carrying the story, if the movie doesn’t work it’s a little bit on me.” But when I’m shooting, I don’t think about that.

When you were on Treme, you got to have one of those great David Simon arcs, even though it was still an ensemble. Was that gratifying to play?

Yes, that arc was very gratifying to play, but it was the same thing as you experience on a show like Game of Thrones, where you get a couples of scenes per episode. I love being part of a show like Game of Thrones that is so well-made and so well-written. The moments as an actor I’m trying to nail, they’re handing them to me on a little golden plate: “Here you go! You can say to the Mother of Dragons, ‘The queen of dragons without dragons is not a queen!'” Gah! You gotta do everything you can do to nail that line.

Have you seen any online reactions to last night’s premiere?

There are so many GIFs of your butt going around.

[laughs] I guess that’s why I’m not looking, because that’s awkward.

Was it intimidating working with the infamously gruff Harrison Ford?

It was a different experience. It was a little intimidating for the first ten minutes because of who he is and because I admire him. But when we started working, I was kinda surprised by how invested he was in this project. Part of me thought that for him this was just a little movie on his big roster, but he gave it his all. When he shows up in the movie, not only does it put the story into another gear, but I felt like he put me in another gear as well. He forced me to step it up.

Did anyone make the mistake of asking him about Star Wars?

Everyone’s always asking me, “Did you ask him about Star Wars?” Obviously not! I wouldn’t dare to, not for a second!

You must be seeing a glimpse of what that’s like for him with Game of Thrones.

The strange thing I’m finding is that people probe, but not really. They don’t really want to know what’s going to happen on the show. Like, “What’s happening? No, don’t tell me!” Which I think is funny. You don’t really want to know. You would go crazy if I told you, because it’s gonna be good. We’re letting go of the books this year. I shouldn’t say too much, everything is some kind of spoiler.

Bringing it back to Age of Adaline to close, your character is a huge philanthropist who uses his tech wealth for great causes. If you were to suddenly come into tens of millions of dollars, what would you do with it?

That is a very good question. [long pause] I would definitely set up some philanthropic foundations. One line in the movie I really like is, “You know, it’s really hard to do good.” How do you actually do it? [pause] It would probably be something in the arts, something about helping kids find a way of expressing themselves through music or acting—things that have given me so much fun and, eventually, a career.

The Age of Adaline opens in San Francisco today.