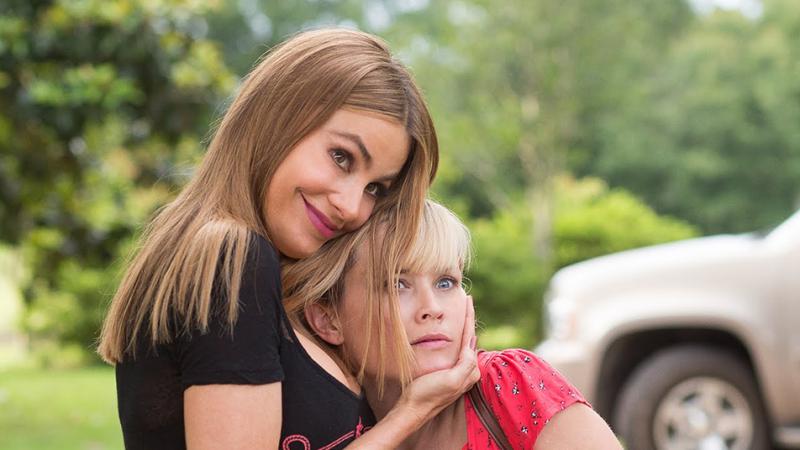 Hot Pursuit is an agreeably cartoonish studio comedy with a star-vehicle premise so blatant, you can practically hear the pitch being sold in the room before the opening credits roll: “A non-threatening America’s sweetheart type—think Sandy or Reese—is a sexless, by-the-book cop who goes on the run with a sexy gangster’s wife she’s supposed to take into witness protection—think ethnic, something Salma would’ve played 10 years ago—after they’re framed for a shootout.” And since Sandra Bullock just played a sexless, by-the-book cop in The Heat two years ago, we instead have Reese Witherspoon starring as Cooper opposite ABC’s #1 sitcom sexpot Sofía Vergara in the role of Danielle Riva.

As viewers, we know we can safely assume a number of things will happen in Hot Pursuit: Reese will endure an endless stream of jokes about her height and masculinity; Sofía will hide at least one important item in her boobs, thus requiring Reese to go in after it; and on one or more occasions, the duo will have to pretend to be lesbians to get out of a jam. And yet—and yet!!—Hot Pursuit still emerges as an innocuously likable and frequently funny buddy romp. The credit for this is shared by director Anne Fletcher, who previously helmed the rom-com staples 27 Dresses and the far superior The Proposal, and by its two leading ladies, each of whom commit themselves fully to this Looney Tunes-level slapstick.

After 15 years of primarily portraying ultra-feminine yet relatable romantic heroines, Witherspoon does a remarkable thing in Hot Pursuit: SHE GOES FULL FLICK. That’s right, folks—for the first time since her breakthrough role in Election, Witherspoon allows herself to resurrect estimable elements of the iconic Tracy Flick. Like Tracy, Cooper is a determined, relentless perfectionist who communicates in chirpy, goal-oriented imperatives and isn’t quite in on the joke. From the general heightened quality of her delivery to the way she holds her face, the Flickness is strong in this one. After taking a much-needed prestige detour following the depressingly awful This Means War (2012), Witherspoon is more balls-out comedic here than she’s been since…well, Legally Blonde 2, actually. Coming on the heels of dramatic career highlights like Wild and Mud, Hot Pursuit could’ve been a dismal downgrade; instead, Witherspoon gives a winning performance (while having the time of her life, if the end credits blooper reel is any indication).

In her first leading film role, Sofía Vergara displays far more range that she’s afforded by the gratingly one-note Gloria on Modern Family. Whereas Gloria is a schticky throwback to the curvy sexpots of Old Hollywood and permits Vergara two speeds, pleased (“Ay, Jay!”) and scorned (“AY, JAY!”), Danielle Riva is a good deal more dimensional…in the sense that she kinda-sorta has dimensions (don’t get me wrong, this isn’t Still Alice). The performance gets off to a bumpy start, but by the end one gets the sense that Vergara may have been done a disservice by her sitcom stardom; with her fiery energy, smoky voice, and strong face, she has potential to be an international screen bombshell in the tradition of Sophia Loren and Penélope Cruz. Someone get this woman an Almodóvar movie, stat!

The chemistry between its stars is so engaging, it can be easy to overlook how regressive their characters are: Cooper is a hapless lady-cop failing to follow in her legendary father’s footsteps and incapable of getting through a single date (which gives the film an enjoyable opening sequence featuring Mike Birbiglia); Vergara must yet again trade on tired Colombian stereotypes in the role of a mob wife tied to a drug cartel. But for whatever issues the script has, the sum total of Hot Pursuit—a studio-financed summer comedy starring two women, directed by a woman—can’t help but feel encouraging. The male roles are minuscule, and although a minor third-act love interest appears in the form of a soulful ex-con (played by an invitingly beefy Robert Kazinsky, a.k.a. Warlow from True Blood), the focus never wavers from the evolving connection between Cooper and Danielle. As a mindlessly entertaining female-driven action-comedy, Hot Pursuit succeeds on its own featherweight terms.