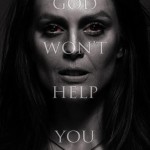 Hot on the heels of winning ALL the awards for her work as Sarah Palin in Game Change, Julianne Moore is in the midst of her most prolific year yet: in addition to reprising her role as Nancy Donovan on the final season of 30 Rock, she has no fewer than six films slated for release. Three of them recently released official trailers, so let’s take a look.

First, obviously, is Kimberly Peirce’s update on the Stephen King novel Carrie, in which Julianne plays the role immortalized by Piper Laurie in Brian DePalma’s version.

Chills. CHILLS. The original is a classic in its own right, but this film’s pedigree is nothing to dismiss: Kimberly Peirce directed Boys Don’t Cry, Chloe Grace Moretz is one of the most gifted actresses of her generation, fucking JUDY GREER plays the sympathetic gym teacher, and um duh JULIANNE MOORE IS JULIANNE MOORE. Disregard Carrie at your peril. Personally, I’m counting down the days. Also, the trailer features a gorgeously haunting cover of “Will You Still Love Me Tomorrow” by Lykke Li.

Up next we have What Maisie Knew, a divorce drama in which Julianne plays A ROCK STAR. And from the looks of it, she actually has on-stage performance scenes. Omigod. The film costars Steve Coogan and Alexander Skarsgard, and is the opening night selection of this year’s San Francisco International Film Festival.

And finally we have the most lighthearted of the three, The English Teacher, a dramedy co-starring Greg Kinnear, Nathan Lane, and Michael Angarano. The feature directorial debut of Craig Zisk (The Big C, Weeds), its story follows a high school English teacher (Moore) whose life is turned upside-down when a failed playwright and former student (Angarano) returns to town and she begins to fall in love with him.

Which one are you most excited for? I’ve posted them in order of my excitement for them, but obviously I will see all three and freak out over her the entire time. I’m not sure if I see any potential Oscar noms in any of this, but depending on the quality of Carrie, a supporting nod isn’t beyond the realm of possibility. After all, Piper Laurie was nominated for this role in the original, and although it’s now regarded as a classic, it was just another lewd horror film at the time of its release. Fingers crossed, J.Mo!