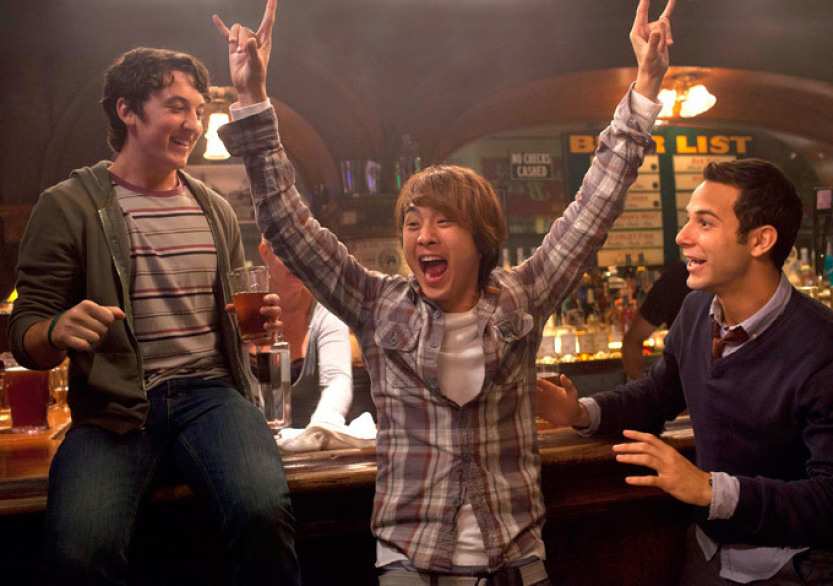 written and directed by: Jon Lucas and Scott Moore

21 and Over is not a good movie. It marks the directing debut of screenwriting team Scott Moore and Jon Lucas, the men responsible for writing The Hangover and The Change-Up, and let’s just say they decided to stay on-brand with this one. It is a rote, predictable, thoroughly derivative wild-night-from-hell dude comedy, full of cheap gross-out “laughs” and grotesquely easy racism played as “humor” (it continues fleshing out Moore and Lucas’ troubling fascination with objectifying Asian men as comedy props, as seen previously with Ken Jeong in The Hangover). It is nowhere near fresh enough to be funny, bringing absolutely nothing new to the table as it pickpockets 90 minutes of your life you’ll never get back.

But hey, let’s try saying 5 nice things about it!

So! There. Five nice things about 21 and Over. If I were you, I’d wait for the screen caps.

21 and Over opens nationwide on Friday, March 1.

Stray Musings I Had While Watching “Godzilla”